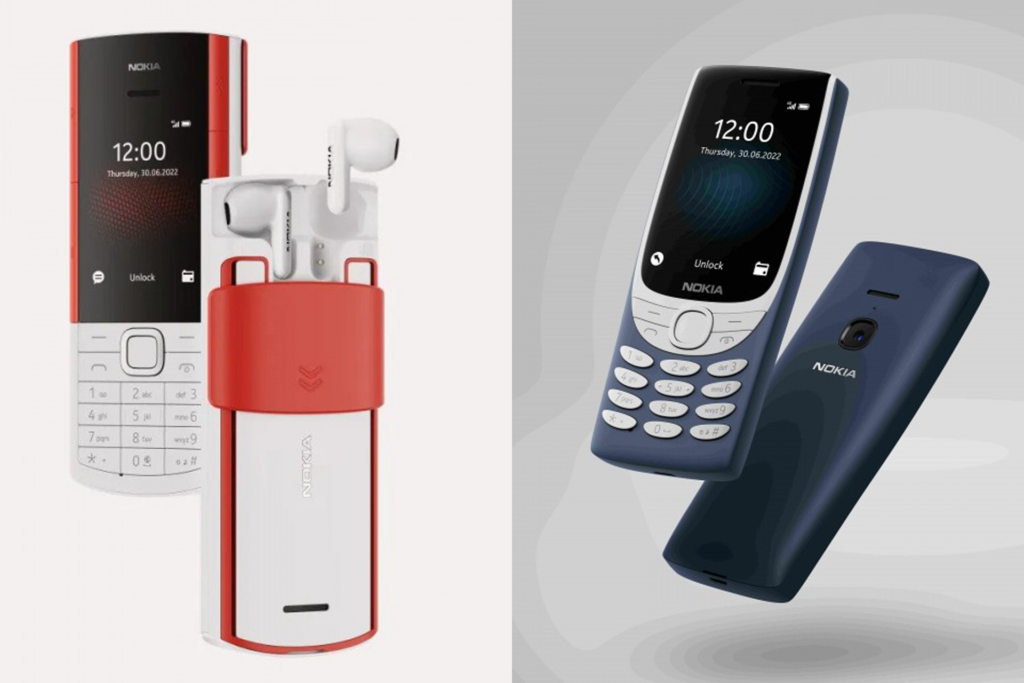 Any smartphone user over the age of 30 today may well recall the classic Nokia smartphones of the past.  HMS Global has just announced a blast from the past with a modern twist in the launch of 3 iconic Nokia devices of yesteryear.

First up is the Nokia 5710 XpressAudio.  This is a modern version of the Nokia XpresssMusic line of devices, all of which were targeted at music lovers.

This new device features built-in wireless earbuds.  The back of the smartphone has a sliding mechanism that stores the buds and charges them while not in use.  Users can listen to a music via FM Radio or from music stored on the smartphone.

Nokia 5710 XpressAudio has a 2,4Inch QVGA colour screen and audio controls on the side of the display. This device has a VGA rear camera and a removable 1450mAh battery which will last for up to 6 hours of talk time and 4 hours for music playback.

This smartphone runs on S30+ software and has 48MB of RAM and 128MB of internal storage with a microSD slot that can accommodate up to 32GB cards.

Colours for this model are black & white and red & white.

The second new entry is the Nokia 8210 which is inspired from the classic model originally launched way back in 1999.

This device has a 2,8 QVGA colour display and a 3,5mm audio jack designed to appeal to old schoolers. The device has a rear camera with an LED flash.

Features include an FM Radio receiver that works with both wired and wireless earbuds, a built-in MP3 player as well as the firm favourite Snake game.

This smartphone has 48MB of RAM and 128MB of internal storage with a microSD slot that can accommodate up to 32GB cards.

Colours for Nokia 8210 invoke memories of the past and are blue and sand.

The third new entry is the Nokia 2660.  This flip-phone was originally launched in 2007 and the new feature version is targeted to the elderly, the original users of this device.

This device has a large 2,8” internal and a 1,77” external display and a zoomed-in interface that it easy to see from a distance.  It has large tactile buttons and HearingAid compatibility, enhancing its appeal to the older age group.

This smartphone has a single VGA camera and an exceptionally long battery life of one week.

Nokia 2660 Flip is powered by the Unisoc chipset and has 48MB of RAM and 128MB of internal storage with a microSD slot that can accommodate up to 32GB cards.

Colours for this smartphone are black, blue and red.